The potential for quantum computing to disrupt and revolutionise markets is powerful. From risk modelling, encryption, asset pricing or Artificial Intelligence, quantum can offer first-mover companies and investors tangible benefits. Stephen Nundy, Lakestar’s Partner and Chief Technology Officer, assembled some technology pioneers to discuss the next generation of computing.

The race is on around the world to deliver quantum computing in the most accessible and economical way. Already, China and the US are investing massive amounts in this powerful technology, but companies in Europe too are making their mark. One such, Swiss-based Terra Quantum, has recruited around 80 quantum physicists but it is channelling the heavyweight academic skillset, and one of the largest teams in this technology sector, into commercial offerings.

Its founder and CEO, Markus Pflitsch, says: ‘I tried to compose a great scientific team, which was willing to leave academia, to become entrepreneurs.’ Such a career shift had to be accompanied by a shift in mindset. For Pflitsch, it focused on Terra Quantum being a commercial company. ‘Quantum has become a big business with all the major players joining and trying to work on quantum tech applications,’ he says.

With a combined quantum tech experience of more than 600 years within his team, Pflitsch says that Terra Quantum can offer a variety of quantum tech applications, ranging from hardware components like quantum random number generators (QRNG) to application layer software projects. He says the company is particularly strong in the development of quantum algorithm design. ‘With these capabilities we want to position the group as an end-to-end quantum-as-a-service (QaaS) company, because we think that most large corporates want to get started with quantum but don’t really know how.’

The proposition is attractive for companies looking to inject quantum into their existing compute operations. ‘This quantum-as-a-service approach offers a low-risk entry. We come in to companies, look at their use cases and their classical big data challenges and try to migrate those classical algorithms into quantum and then deploy it on our own hardware. That means that companies don’t have to invest in their own infrastructure, but can work with us as a partner,’ says Pflitsch.

The coming together of Terra Quantum and Novarion, and with it Pflitsch and Novarion’s founder and CEO, Georg Gesek, appears to have been fate. ‘I became aware of Georg when I read an interview with him about the quantum computing industry,’ says Pflitsch. ‘I identified Georg as an expert and decided to contact him. It turned out that Georg was aware of me as one of the players in the quantum industry and was planning to contact me. So it was a true quantum entanglement!’

‘After we found out that we share the same vision of the future development of the quantum industry, we decided to set up QMware to create together the first real end-to-end Quantum as a Service (QaaS) offering.’

For Gesek, there was motivation beyond the commercial. ‘Part of my strategy stems from wanting the European information technology infrastructure to be self-sustained and have the whole compute stack of hardware and software services here in Europe so that Europe can have independence from US and Chinese suppliers.

‘The best way to do that is to be the first to commercialise a new technology and that technology needs to be the best around.’ Together with Terra Quantum, he says it is now possible to go from basic research in a scientific paper to a quantum application in just six months, putting the JV as the leader in time to market.

Get ahead of the curve

Any disruption in any market offers opportunities, both for companies and investors, but only if they enter at the right time. Martin Hofmann, former CIO of VW and one of Lakestar’s advisory board members, describes quantum’s momentum as a ‘hockey stick’. ‘Exponential technologies such as quantum slowly evolve and suddenly they get into this “hockey stick curve” for adoption rates so quickly that there is a danger that you find yourself behind the curve.’

One way to get ahead of the curve is to identify the best use cases that would benefit from this technology. ‘It means taking real world problems and formulating them in a way that you can use the power of quantum computing,’ says Hofmann.

As a example, Pflitsch of Terra Quantum cites a financial services customer that needs to optimise its exposure across various asset classes in terms of the underlying risk costs, funding needs and liquidity necessities. ‘We looked at the classical algorithms with all the penalties and requirements and transformed that into a quantum algorithm to deliver a performance improvement of six basis points in relation to the optimised collateral portfolio of nearly EUR500 bn. That illustrates how an end-to-end quantum service can realise a business advantage,’ says Pflitsch.

Terra Quantum is talking to other industries about their specific optimisation challenges, but one challenge that all sectors face – and which offers considerable commercial potential – is secure communication. The company has already used quantum computers to demonstrate the vulnerability of commonly used encryption but it has also developed a new encryption protocol that cannot be broken by quantum computers. Pflitsch says: ‘The time to upgrade to quantum secure communication is now as you don’t want to put your data or your communication at risk.

‘It’s no good saying that we don’t have powerful enough quantum computers today, or enough of them, to threaten encryption because when they are there it will be too late. That’s why quantum encryption has to come before the evolution and the speed of the quantum machine.’

Another potential growth area for quantum is in AI. Hofmann says it could be possible to use quantum computing to train neural nets to speed up learning of machine algorithms and predict behaviour. ‘Take the example of mobility: if the likes of Uber can predict people flow with a 95 per cent likelihood they could optimise the position of their cars and cut down response time to less than a minute.’

Pflitsch points out that Terra Quantum has developed a hybrid quantum neural network that offers better image recognition with a learning aspect. ‘You can use it in autonomous driving for the automotive industry, for robotics or for other disciplines such as medical diagnostics.

Both Hofmann and Pflitsch agree the potential for quantum growth could be limited by the scarcity of talent in this field. ‘You can’t send someone on a two-week course and expect them to develop algorithms on quantum approaches,’ says Hofmann. ‘We have to train people and we have to develop our products in terms of their user friendliness,’ says Pflitsch. ‘Europe has a great academic landscape in quantum, but we have to think holistically and work co-operatively with the universities.’ ‘There are only a few people who can do quantum,’ says Hofmann, ‘but we have quite a few in Europe so I think we have a great opportunity.’

It is this European perspective that led Terra Quantum, and then also QMWare to seek Lakestar’s support. The company sees itself as an active contributor to the European quantum ecosystem, a structure that Lakestar champions. ‘Lakestar convinced me by its entrepreneurial mindset as well as their active support of European efforts towards tech sovereignty,’ says Pflitsch. ‘I personally have the same ambitions.’

This article is part of the Lakestar Briefing, a periodical publication about Lakestar's portfolio companies and our network of inspiring minds we like to work with. 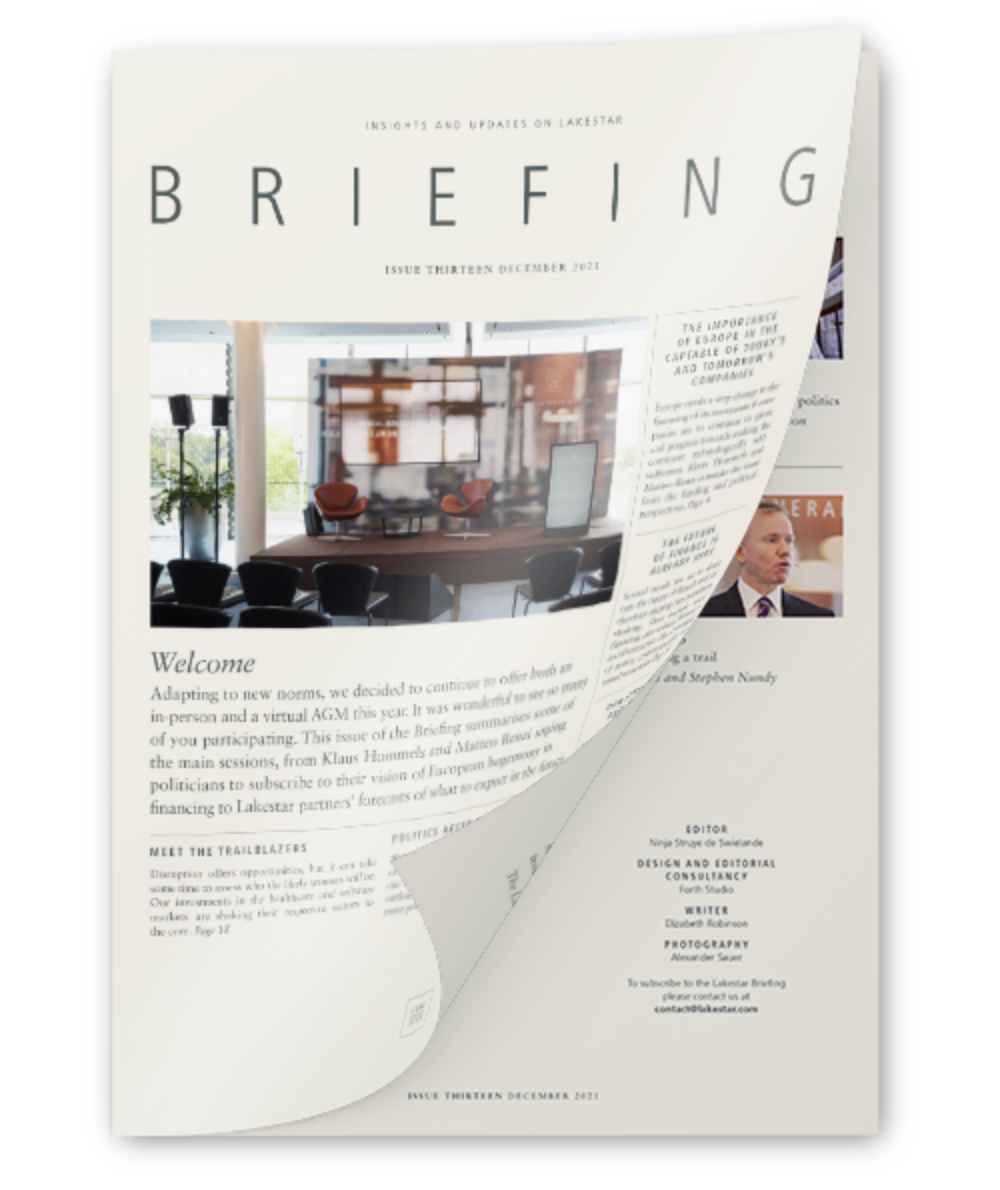 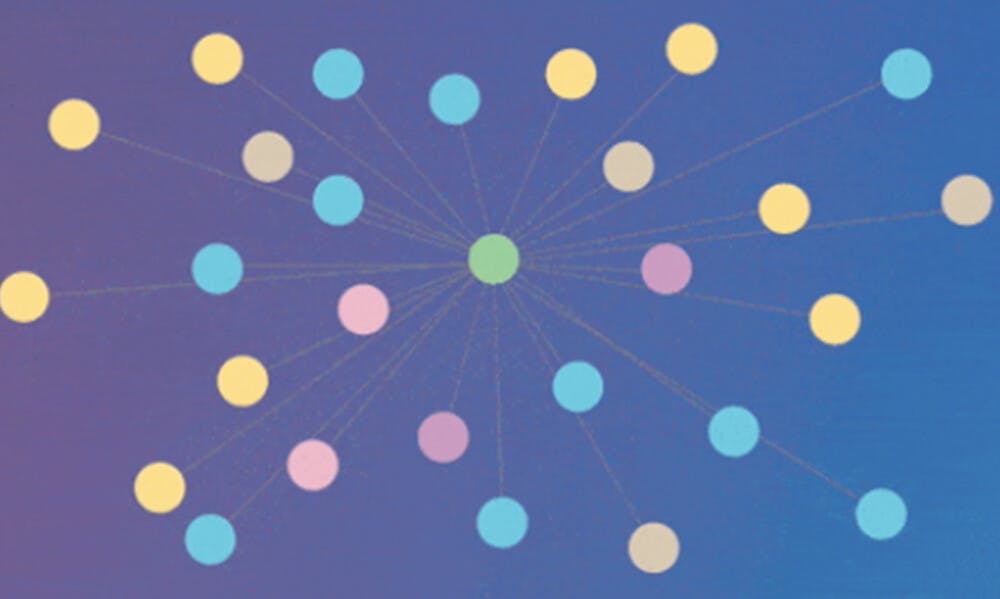 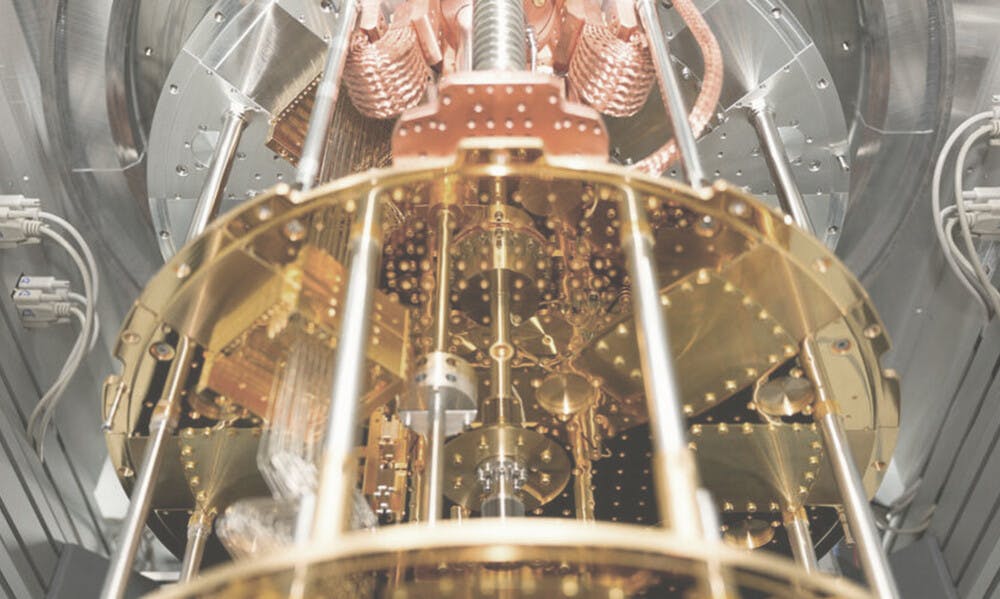 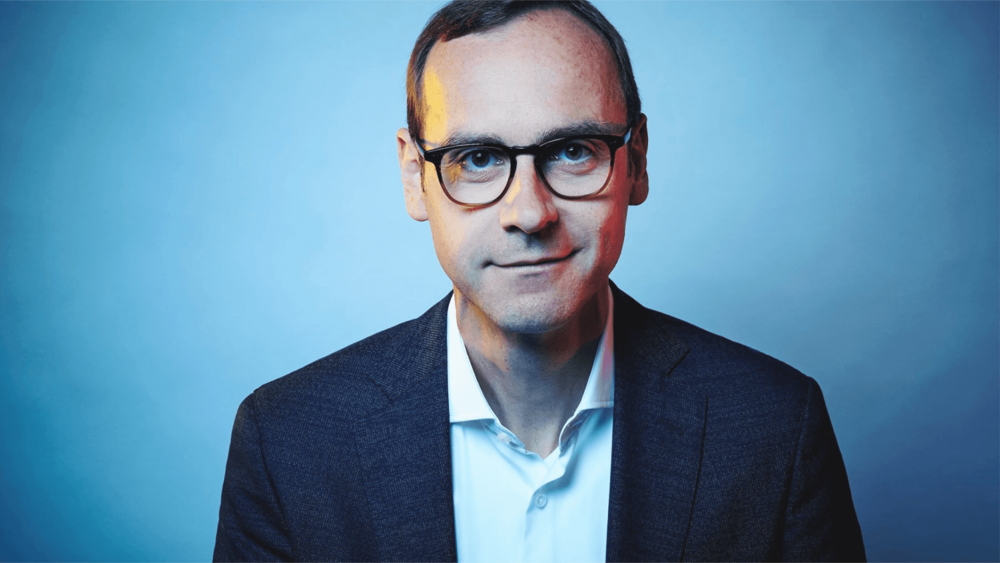 Terra Quantum announced its Series A extension, raising their total round to $75m 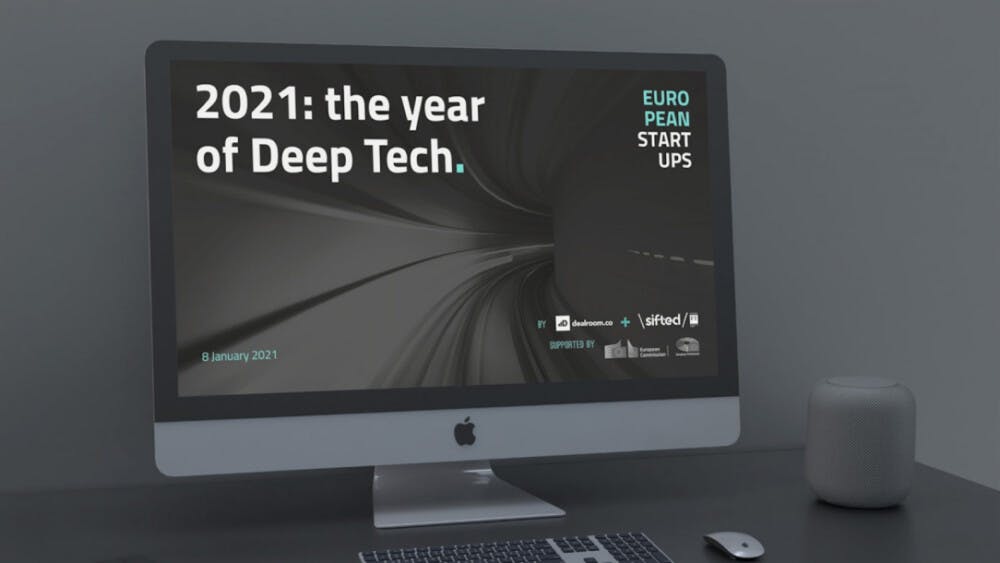 Report: The year of Deep Tech 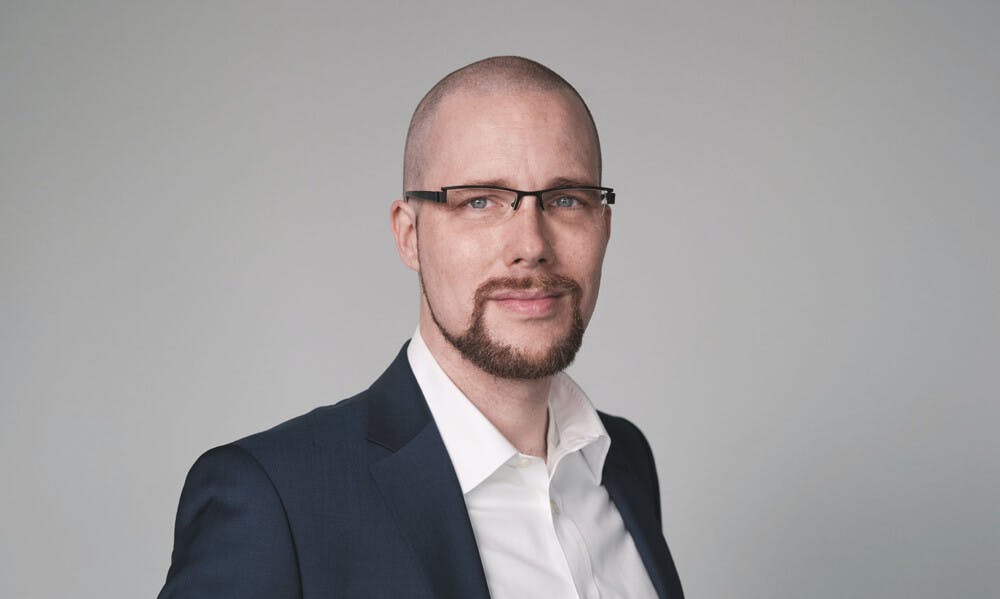 Prepare for the next technological revolution 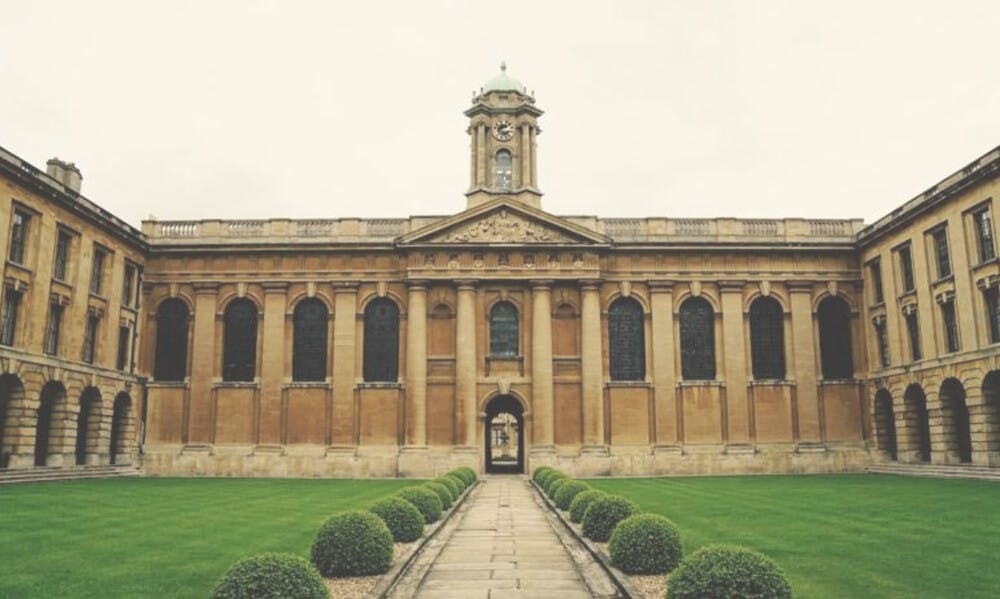 Terra Quantum announced its Series A extension, raising their total round to $75m

Report: The year of Deep Tech

Prepare for the next technological revolution